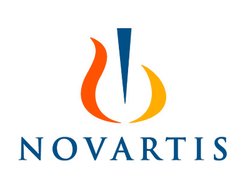 Japan plans to temporarily suspend Novartis' ($NVS) pharma business in that country， according to media reports. The Ministry of Health， Labour and Welfare's order will last about 15 days and will cite repeated violations of failure to report adverse events properly， the Japan Timessays.

It will be the first time Japanese officials suspend a pharma company for failing to report side effects promptly， the Times says. Novartis Japan K.K. may be given an opportunity to explain before the suspension is finalized.

It's the latest punishment for Novartis' scandal-plagued unit in Japan. The Swiss drugmaker has weathered a chain of scandals over retracted Diovan trials， data-tampering allegations， false advertising charges， and internal investigations. Novartis cleaned house， replacing its top management in the country and adding remedial training for employees.

Novartis spokesman Eric Althoff told FiercePharma by email he could not immediately confirm the suspension and therefore had no comment. The ministry had not posted information about the suspension on its website as of press time and did not respond to requests for comment.

A major scandal erupted in April last year when Novartis failed to report the side effects of leukemia drugs Tasigna and Gleevec. Ten serious cases of side effects， which surfaced as the company collected data on 3，000 patients under leukemia treatments， were not reported as required by law， the Times says.

This side-effects scandal came soon after Novartis staff members and sales reps faced allegations of serious misconduct in a trial of its leukemia drug Tasigna. Employees were accused of breaking trial protocols in data collection and patient privacy， and attempting to cover up their missteps by shredding and deleting documents. In July， the government ordered Novartis to improve business practices and clean up its act in.

The company was already facing charges of exaggerated advertising for the blood-pressure remedy Diovan， by citing data from questionable and possibly fabricated data in promoting the drug. Academic researchers had already retracted at least two Diovan trials after evidence of potential data-tampering surfaced.

2014/12/09 - Novartis said its copycat version of Amgen's Neupogen for patients with low white blood cell counts works as well as the original drug in a late-stage trial. The medicine, made by Novartis' generics arm Sandoz, was being tested in patients with breast cancer undergoing chemotherapy, which often knocks out their white blood cells, giving rise to a condition known as neutropenia.

2014/09/09 - Registration is now live for InformEx, North America's only event of its kind offering educational resources and business partnering opportunities for buyers and sellers of high-value chemistry.

Eylea gets yet another approval, this one in Japan

2014/09/23 - Bayer announced Monday that the approval by Japan's Ministry of Health, Labour and Welfare was based on positive data from the Phase III MYRROR study in myopic CNV in which patients' vision improved markedly in 24 weeks.

We are planning a big promotion for welcome May Day, and provide the one-stop service

2014/04/30 - We are planning a promotion for welcomingMay Day, and provide the one-stop service, which can help you to make chemicalbusiness easily. An event named "Gold Sponsor Special Promotion" isbeing