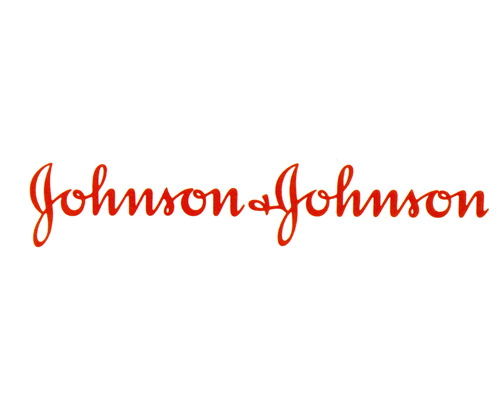 BEERSE, BELGIUM (July 25, 2014) – Janssen-Cilag International NV (Janssen) announced today that the Committee for Medicinal Products for Human Use (CHMP) of the European Medicines Agency (EMA) adopted a positive opinion recommending the granting of a marketing authorisation for IMBRUVICA™ (ibrutinib) in the European Union. The recommendation is for the treatment of adult patients with relapsed or refractory mantle cell lymphoma (MCL), or adult patients with chronic lymphocytic leukaemia (CLL) who have received at least one prior therapy, or in first line in the presence of 17p deletion or TP53 mutation in patients unsuitable for chemo-immunotherapy.1 The positive opinion of the CHMP was based on data from the Phase 3 (RESONATE™ PCYC-1112) and Phase 1b-2 (PCYC-1102) studies in CLL, and the Phase 2 study (PCYC-1104) in MCL.

Ibrutinib is being co-developed by Janssen and Pharmacyclics Switzerland GmbH. Once approved, Janssen will market ibrutinib in EMEA (Europe, Middle East, Africa) as well as the rest of the world, except for the United States, where both companies co-market it.

MCL is a rare and aggressive type of B-cell lymphoma that can be challenging to treat and is associated with a poor prognosis.2,3 CLL in most patients is a slow-growing blood cancer, starting from white blood cells (called lymphocytes) in the bone marrow.4 Chromosomal abnormalities deletion 17p (del17p) and TP53 mutation are associated with aggressive, treatment-resistant disease.5

Ibrutinib is a novel, investigational compound that could offer a new approach to treating these blood cancers, as part of a class of medicines called Bruton’s Tyrosine Kinase (BTK) inhibitors. Studies have shown ibrutinib works by blocking BTK, a protein that helps certain cancer cells live and grow.6

“We are working to bring new therapies to patients living with complex and challenging-to-treat blood cancers. We’ve been closely collaborating with the CHMP on the IMBRUVICA submission and are delighted to receive the positive opinion earlier than expected. There is a high unmet medical need and recent clinical trials have demonstrated positive results for IMBRUVICA,” said Jane Griffiths, Company Group Chairman, Janssen, Europe, Middle East and Africa (EMEA). "The CHMP opinion brings us one step closer to offering new treatment options for CLL and MCL patients.”

MCL Study and Efficacy ResultsThe efficacy of ibrutinib in patients with relapsed or refractory MCL was evaluated in an open-label, multi-centre, single-arm Phase 2 study (PCYC-1104) of 111 treated patients. A response rate of 68 percent was observed, with a complete response rate of 21 percent and a partial response rate of 47 percent. With a median follow up of 15.3 months, the median duration of response was 17.5 months; the median progression-free survival was 13.9 months.8

About the CHMPThe CHMP is the committee responsible for the scientific assessment of products seeking centralised marketing authorisation throughout the European Union. The positive opinion for ibrutinib is now referred for approval to the European Commission (EC) who will decide on whether to follow its guidance and grant authorisation for commercialisation of ibrutinib.

About ibrutinib Ibrutinib is a Bruton's tyrosine kinase (BTK) inhibitor. BTK is an important protein involved in mediating the cellular signalling pathways which control B cell maturation and survival. In malignant B cells, there is excessive signalling through the B cell receptor (BCR) signalling pathway, which includes BTK. The malignant cell ignores the natural signal to die and continues to develop and proliferate. Malignant cells migrate and adhere to protective environmental areas such as the lymph nodes where they proliferate and survive.3,9-11 Ibrutinib is specifically designed to target and inhibit BTK. Ibrutinib forms a strong covalent bond with BTK, which inhibits the excessive transmission of cell survival signals within the malignant B cells and stops their excessive build-up in these protected environmental areas.6,12 Ibrutinib is an investigational agent being studied alone and in combination with other treatments, in several blood cancers including CLL, MCL, Waldenstrom's macroglobulinemia (WM), diffuse large B-cell lymphoma (DLBCL), follicular lymphoma (FL) and multiple myeloma (MM).

About Chronic Lymphocytic Leukaemia (CLL)CLL is a slow-growing blood cancer of the white blood cells called lymphocytes with a median age of diagnosis of 72.4,13 The disease often eventually progresses and patients are faced with fewer treatment options. Patients are often prescribed multiple lines of therapy as they relapse or become resistant to treatments. The incidence rates among men and women in Europe are approximately 5.87 and 4.01 cases per 100,000 persons per year, respectively.14 CLL is a chronic disease; median overall survival ranges between 18 months and more than 10 years according to the stage of disease.15

Deletion 17p (del17p) and TP53 mutation are associated with aggressive, treatment-resistant disease. The deletion results in the loss of a key gene, TP53. TP53 senses the presence of abnormal DNA and triggers either DNA repair mechanisms or cell death and is important in tumour suppression.5 Approximately seven to 13 percent of patients have del17p or TP53 mutation at diagnosis. However, incidence rises to more than 30 percent in patients who have relapsed or refractory disease.16 The median predicted survival for patients with the deletion 17p mutation or TP53 mutation is just two to three years.17

About Mantle Cell Lymphoma (MCL)MCL is considered a rare disease, characterised by high unmet need and small patient populations impacting fewer than one in 2,000 people in Europe and with a median age at diagnosis of 65.18,19 Median overall survival is typically three to four years, and only one to two years in patients following the first relapse.20 MCL typically involves the lymph nodes, but can spread to other tissues, such as the bone marrow, liver, spleen and gastrointestinal tract.18 This challenging disease is associated with poor prognoses.