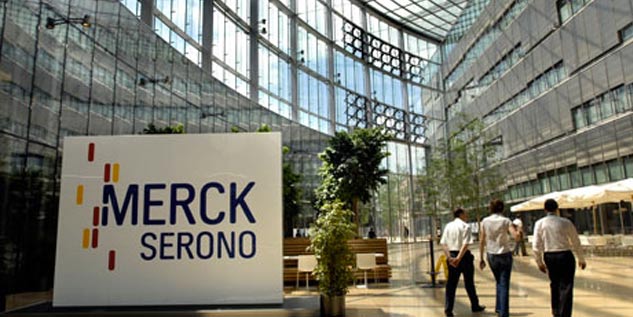 EMD Serono, Inc., a subsidiary of Merck KGaA, Darmstadt, Germany, today announced the initiation of an international Phase II study designed to assess the efficacy and safety of MSB0010718C, an investigational fully human IgG1 monoclonal antibody that binds to programmed death-ligand 1 (PD-L1). This multicenter, single-arm, open-label study is being conducted in patients with metastatic Merkel cell carcinoma (mMCC), a rare and aggressive type of skin tumor,[1],[2] who have previously received one line of chemotherapy. It is expected to recruit 84 patients across Asia Pacific, Australia, Europe and North America. The primary endpoint of the study is overall response.

The PD-L1/PD-1 pathway is implicated as a major mechanism by which tumors evade elimination by the immune system.[3] The PD-L1 molecule is expressed in many cancer types, including mMCC.[3],[4] MSB0010718C, which blocks the interaction of PD-L1 with its receptor PD-1, may have the potential to restore effective anti-tumor T-cell responses and thereby to inhibit tumor growth.

Immune mechanisms are implicated in the pathogenesis of MCC, with an increased risk observed in immunosuppressed individuals.[5] MCC also is associated with the presence of the Merkel cell polyomavirus, which may have a role in tumor formation.[6] Globally, the incidence of MCC is increasing, and outcomes for patients with this disease are poor.[1],[2] Therefore, new treatment approaches are required to improve the outcome of patients with this type of cancer.

"We believe that modulating the immune system by targeting PD-L1 represents a promising new approach in the treatment of this aggressive cancer, especially considering that many of the predisposing factors for mMCC seem to be related to functional disruptions of the immune system," said Helen Sabzevari, Senior Vice President of Immuno-Oncology at the biopharmaceutical division of Merck KGaA, Darmstadt, Germany. "Our anti-PD-L1 compound may present a potential new approach for the treatment of mMCC patients. The initiation of this Phase II study is an important milestone, as we endeavor to help those suffering from mMCC, a devastating disease with significant unmet need."

In addition to this new study in mMCC, MSB0010718C is currently being explored in a Phase I clinical trial for the treatment of solid tumors. The study aims to recruit 590 patients and has enrolled 422 patients to date. On June 1, 2014, EMD Serono presented initial data from this dose escalation study in solid tumors at the annual American Society of Clinical Oncology (ASCO) meeting in Chicago.[7] This study is currently recruiting patients into expansion cohorts in seven cancer types: castrate-resistant prostate cancer, colorectal cancer, gastric/gastroesophogeal cancer, melanoma, metastatic breast cancer, non-small cell lung cancer and ovarian cancer.

MSB0010718C is an investigational fully human IgG1 monoclonal antibody that binds to the PD-L1 (programmed death-ligand 1) protein, which is present at high levels in many cancer types. By competitively blocking the interaction with PD-1 receptors, it is believed that MSB0010718C thereby restores anti-tumor T-cell responses.

MCC is a rare and aggressive disease in which cancer cells form in the top layer of the skin, close to nerve endings. MCC, which is also known as neuroendocrine carcinoma of the skin or trabecular cancer, often starts in those areas of skin that are most often exposed to the sun, including the head and neck, arms, legs, and trunk. Risk factors for MCC include sun exposure and having a weak immune system (i.e., solid-organ transplant recipients, people with HIV/AIDS and people with other cancers, such as chronic lymphocytic leukemia, are at higher risk). Caucasian males over age 50 are at increased risk.

MCC tends to metastasize at an early stage, spreading initially to nearby lymph nodes, and then potentially to more distant areas in the body, including other lymph nodes or areas of skin, lungs, brain, bones, or other organs.

Current treatment options for MCC include surgery, radiation and chemotherapy. Treatment for metastatic or Stage IV MCC is generally palliative.

EMD Serono, Inc., a subsidiary of Merck KGaA, Darmstadt, Germany, is a specialized biopharmaceutical company dedicated to developing therapies with groundbreaking potential. The company has strong market positions in neurology, endocrinology and in reproductive health. In addition, EMD Serono has an enduring commitment to solve the unsolvable, with state-of-the-art science dedicated to developing new therapies in our core focus areas of neurology, oncology, immuno-oncology and immunology. With a long-standing history of industry expertise and a dedication to shape the future of healthcare, the company's US footprint continues to grow, with approximately 1,000 employees around the country and fully integrated commercial, clinical and research operations in the company's home state of Massachusetts.