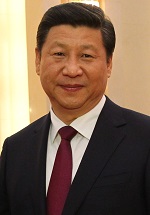 China has moved to overhaul the way patients seek medical care by attempting to break the habit of heading to a big hospital in a major city and instead encouraging folks to seek local advice and referrals first--all in an effort to get a handle on soaring care costs.

The plan would change the habits of millions of patients within 5 years by targeting rural healthcare to ensure that citizens stop travelling to big city hospitals where care is considered much better.

Last month, China said it expected public hospital reforms for 100 cities to be completed by the end of December, with the government also seeing an October start to a massive job of changing the way county-level hospitals operate, China Daily said.

China Daily said that as part of the efforts, 3,077 county hospitals and 446 urban ones have abolished the system of selling drugs at higher than wholesale price, and 224 cities across China have adjusted their costs.

On Friday, the State Council, China's cabinet, said it had asked relevant authorities to set up a system allowing hospitals to target specific patient group and get it into place by 2017 and work to make it operational by 2020.

"By 2020, when most patients will first visit community medical institutions for medical service, top-level hospitals and community-based ones will be able to transfer patients to, and receive them from, each other more smoothly, and patients with acute diseases and chronic diseases will go to different hospitals," the State Council statement said.

Top-level hospitals, the statement said, should focus on research, nurturing talent and complicated disease treatments, while community-based ones should focus on offering long-term care and rehabilitation.

In May, the State Council scrapped a 15% markup on drug sales in major hospitals nationwide in a pilot that aims to transform pharmaceutical cost and quality problems over a two-year horizon as part of a major health system overhaul. It also cuts a key source of revenue for the "superhospitals."

China has 16 public hospitals with more than 3,000 beds, compared to 2,478 beds at the largest U.S. hospital, New York-Presbyterian. The size of these operations serve as a testimony to a lack of public confidence in rural clinics that are meant to provide triage in the massive national system.

Also in May, the State Council and the National Health and Family Planning Commission established several other targets to gain control of costs in the nation's healthcare system, forecasted by McKinsey to reach $1 trillion by 2020, while expanding coverage for a population of more than 1 billion people.

Drug company executives are watching the moves closely because shifting sales channels may lead to overhauls of commercial models that now often target big hospitals in major cities, though several companies have moved to so-called second-tier cities in an effort to follow the policy trend.