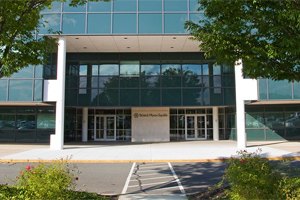 The drug - called BMS-955176 - blocks the final step in the HIV maturation process and seems to stop the virus from becoming fully-formed and infectious. As it works differently from current drugs, the compound could provide a new treatment option for people with HIV who have started to develop resistance to their current antiretroviral therapy.

Finding drugs that block HIV maturation has been an objective among HIV researchers for many years. These drugs are designed to disrupt the processing of the HIV-1 gag protein by targeting the protein directly, unlike protease inhibitors that block the formation of gag from a precursor.

Results with a first generation of compounds - notably Myriad Genetics beviramat and MPC-9055 - proved disappointing in trials, and the company discontinued the programme several years ago. Specifically, the earlier candidates showed poor activity against wild-type HIV strains as well as HIV strains with mutations in the gene coding for gag, limiting their clinical usefulness.

According to BMS, the new phase IIa data "demonstrate BMS-955176's antiretroviral activity against the HIV-1 virus as both monotherapy and in combination with other antiretroviral medicines."

The compound also seems to work across patient subtypes, including those infected with HIV-1 that has gag polymorphisms, it added.

"The overall findings of this proof-of-concept study confirm that BMS-955176 should be studied further in Phase 2b for patients in need of new antiretrovirals."

Last year, BMS also reported promising results for another first-in-class HIV therapy, an HIV entry inhibitor called BMS-663068 which blocks the attachment of HIV to CD4+ T cells as well as the entry of the virus.

BMS' two HIV drugs escaped the cull of virology projects announced earlier this year, along with hepatitis C virus therapy beclabuvir, but the company has terminated all early-stage research in this area.

Two phase IIb studies of BMS-955176 began in 2015 and are ongoing, including a traditional dose-finding study in treatment-naive patients as well as a study to evaluate the drug's ability to reduce the need for other antiretrovirals in treatment-experienced patients.