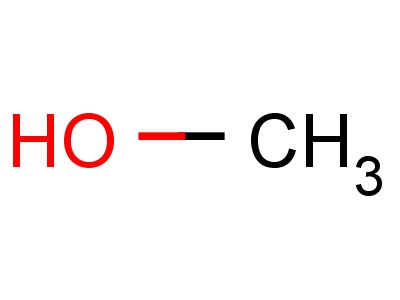 DALLAS, August 20, 2014 /PRNewswire/ --China is driving the global methanol industry, with tremendous demand from both its energy and petrochemicals sectors says "Global Demand, Capacity and Prices for Methanol - China to Remain the Dominant Market"; an August 2014 published research report of 60 pages now available with MarketOptimizer.org. China accounts for 87.9% of Asia-Pacific's (APAC) methanol capacity, and 51.9% of the global methanol capacity. Despite a large planned capacity increase in other countries, China will remain the dominant power in the methanol industry, with a share of 44.8% of the global capacity by 2018.

China has huge demand for methanol for gasoline blending in the transportation fuel sector, and its plan to implement a mandatory 15% blending in gasoline is likely to see methanol consumption increase substantially in the future. Global Demand, Capacity and Prices for Methanol - China to Remain the Dominant Market research report is available at http://www.marketoptimizer.org/global-demand-capacity-and-prices-for-methanol-china-to-remain-the-dominant-market.html .

In the petrochemicals sector, methanol demand is driven by the adhesives, solvents, foams, plastics and paints industries. Steady growth in the Chinese economy is likely to create more demand from these sectors, and drive capacity. Furthermore, plans to develop additional Methanol to Olefins (MTO) capacity is forecast to occur in China. There are five active MTO plants in the country, as well as 13 planned MTO facilities with a capacity of around 9 million metric tons per year (mmty). Once all of these plants are operational, the requirement for methanol to be used as a feedstock will increase, and result in more methanol capacity being constructed. The following figure shows the estimated global methanol capacity share by country in 2013 and 2018.

China and the US will be the largest contributors to methanol capacity, and will account for 49% of the global capacity addition over the next five years. In China, a demand-side push will drive capacity expansions, in turn increasing local methanol production. The country has 17 planned methanol plants, with a total capacity of 22.17 mmty. In the US, the capacity expansion will be driven by increasing shale gas production, which provides abundant and cheap natural gas feedstock for methanol production. There are eight planned methanol plants In the US, with a total capacity of 9.66 mmty.

Iran will be the third-largest capacity contributor over the next five years. Its capacity will be export-oriented, catering mainly to the Chinese market. It has five plants planned, with a total capacity of 8.72 mmty.

Companies like Methanex Corporation (Methanex), Methanol Holdings (Trinidad) Limited and Mitsubishi Gas Chemical have been discussed in this research report available for purchase at http://www.marketoptimizer.org/contacts/purchase?rname=9628 .

Methanol prices are expected to grow at a steady rate over the next five years, although there will be regional variation:

· The Middle East will remain the most economical region in which to produce methanol, meaning its prices will remain low.

· North American methanol prices are expected to reduce due to a decline in the cost of production, and stagnant regional demand.

· In South America and APAC, prices are likely to witness a gradual increase due to strong demand.

· European prices may decline further in the next few years due to weak demand and the absence of any emerging applications.

Overall, global methanol prices are expected to grow steadily from 2014.

Methanol Industry Outlook in Asia Pacific to 2017 - Market Size, Company Share, Price Trends, Capacity Forecasts of All Active and Planned Plants is a 170 pages research report provides capacity growth and presents installed capacity by key feedstock, process and technology. In addition, it presents market size, demand and production forecasts, end use demand forecasts, and company shares of major Methanol producers in the region. The research also provides price trends and trade balance data. Supply and demand scenario for key countries within the region is also included in the report. Overall, the reports present a comprehensive analysis of Methanol industry in Asia Pacific covering all the major parameters.

Explore more reports on materials and chemicals industry at http://www.marketoptimizer.org/category/materials-chemicals .

MarketOptimizer.org is an online database of syndicated market research reports covering 10 major industries and their sub-segments. Our database includes reports by leading publishers from across the globe. We provide 24/7 online and offline support service to our customers.

2014/09/09 - Registration is now live for InformEx, North America's only event of its kind offering educational resources and business partnering opportunities for buyers and sellers of high-value chemistry.

2014/07/26 - GlaxoSmithKline plc today announced that the U.S. Food and Drug Administration (FDA) has approved Flonase？ Allergy Relief containing the No. 1

2014/08/28 - Jardiance(empagliflozin) tablets are now available by prescription in pharmacies across the United States, including Walgreens, Rite Aid, Kroger and many other leading chain and independent retailers, according to Boehringer Ingelheim Pharmaceuticals, Inc. (BIPI) and Eli Lilly and Company (NYSE: LLY).

2014/09/26 - Pfizer Inc. (PFE) today announced that it has completed its acquisition of the pharmaceutical development company, InnoPharma, Inc., following receipt of United States (U.S.) regulatory approval from all government authorities required by the agreement and other closing conditions.